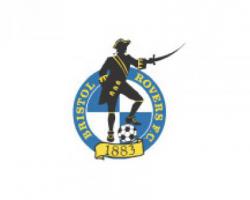 O'Toole earns Pirates vital victoryJohn-Joe O'Toole fired his 13th goal of the season to put Bristol Rovers on course for a precious 1-0 League Two victory over West Country rivals Cheltenham at the Memorial Stadium.The powerful midfielder broke the deadlock in the 34th minute with a low shot from the edge of the box after a left-wing cross had cannoned off a Cheltenham defender.Jamie Cureton might have put Cheltenham ahead against his old club in the eighth minutes when clear through the middle, but Steve Mildenhall advanced to make an important save.Alan Gow went close for Rovers with a 25-yard shot that flashed inches wide, while Cheltenham's Sam Deering was denied by a last-ditch tackle from Tom Parkes in a close first half.The visitors had the better of the second period

Mildenhall failed to hold a long range effort from Matt Richards and the rebound just eluded Terry Gornell.Then a 20-yard drive from Rovers old boy Steve Elliott grazed the foot of a post as Rovers defended well to hold their advantage